When Was the Last Time You Witnessed a Miracle? Want to See FIFTY-SEVEN Miracles? Pull Up a Chair…

Out on an early morning walk with our overly energetic dog, Hubster and I came to a screeching halt. We held up our arms. They were covered in goose bumps.

Coincidence? I don’t think so. The cause? I’d just shared one of fifty-seven miracles from a book my friend Debbie Zinser had recently dropped off.

Miracle in the Mountains—Experiencing the Transforming Power of Faith in the Heart of Appalachia by Lonnie and Belinda Riley with Joyce Sweeney Martin will make you fall out of your chair about every other page.

You’d better have someone nearby to share the stories with, or a phone to call someone because you’ll never be able to keep these to yourself! They’re unbelievable and unexplainable except to say God is the only answer needed. The details and lengths to which He goes almost become comical.

A huge fan of Experiencing God: Knowing and Doing the Will of God by Henry Blackaby and Claude V. King, I was stunned to see Claude is who wrote the Foreword to the Riley’s book. 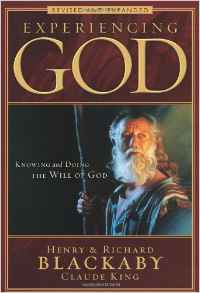 God clearly orchestrated Claude and Lonnie’s meeting, ultimately landing Lonnie in a video when they revised the Experiencing God course to capture testimonies. Claude and video crew spent some time in Lynch, Kentucky with Lonnie and Belinda.

Years prior to that meeting, the Rileys attended a conference where Henry Blackaby was the speaker. God managed to connect the three of them. A pastor friend of theirs was supposed to take Mr. Blackaby back to the hotel. Something came up so he asked the Rileys to take him.

They got to spend forty-five minutes with Henry Blackaby. Can you imagine? It was Henry Blackaby (and the Lord) who turned their lives upside down.

In a nutshell, Henry told them they were doing everything wrong. He simply said, “You’re focus is on yourself, not God.”

One of my favorite traits about Lonnie and Belinda is their frank honesty. They confess much of their earlier success in the ministry was human driven, performance-based, make-it-happen, not God-driven living-by-faith. They lived in Ohio and later in Mississippi. I believe Henry Blackaby’s words opened their eyes and hearts.

In the heart of the Appalachian Mountains, lies a city called Lynch, Kentucky. It’s one of the tri-state cities, the other two being Benham and Cumberland.

“Just so happens” (which translates into “As God would orchestrate”) Belinda grew up in Lynch. When her mother died, Lonnie and Belinda returned for the funeral.

They found the town “horrible and depressing and they were always glad to get out of there.” Yet every time they returned, people kept asking them why they didn’t stay.   A year after Belinda’s mother died, they still hadn’t been able to sell her mother’s house, and a potential renter fell through.

They began to see the town differently. They saw hurting people. These were their people.

This time on the ten-hour drive back to Mississippi, both Lonnie and Belinda felt the call to return to Lynch. They up and sold their dream home, expensive cars, giving up an almost six-figure salary, to live in a four-room duplex. They said, “That experience with God was so awesome it almost took our breath away.”

This Scripture became their mantra:

Lean in, now, and I’ll share just one of these many miracles with you. My prayer is you’ll order this book ASAP and my promise is your faith will grow like the Grinch’s heart did at Christmas. (www.meridzo.com ) You may call the Meridzo Center at: (606)848-2766.

Soon after Lonnie and Belinda arrived in Lynch, they waited for God to tell them what to do next. Prayer during the waiting became their perpetual daily activity. Waiting didn’t translate into sitting still, however, so Lonnie got to work in the community.

On their street alone, many homes were boarded up, bushes and grass long neglected. Lonnie drove to a nearby store and bought some hedge trimmers for $24.99.

As he moved from house to house, trimming hedges, a young man stopped him. He said, “Somebody told me you’re a preacher, and I really need help. I need seventy-five dollars. My kids are hungry, my car’s torn up, and I can’t get to work.”

Lonnie told the young man he didn’t have any extra money at the time, but if God gave him the seventy-five dollars, he’d call him and give it to him.

Two days later a woman with Ohio license plates pulled up. She told Belinda and Lonnie she’d come to pay her bill. They didn’t know her nor have a clue as to what she was talking about.

She told them she owned the house up the street and had been wanting to pay someone to trim her hedges. She whipped out a one hundred dollar bill. She said, “If you don’t pick it up, it’s just going to lay there.” And with that, she was gone.

Quickly Lonnie called the young man, telling him God had just given him the money he needed. Lonnie reminded the young man to remember how good God had been to help him gain the money to pay for a warm meal to feed his family and be able to drive his car.

Before Lonnie could deliver the money, God seemed to say, “Now Lonnie, I just want you to know that not only did I give that boy the $75, but also I paid you back the $24.99 for your hedge clippers all in one shot.“ (This was the story that caused John and me to stop on our walk.)

Friends, this is only one of many, many  miracles with even more remarkable details, and answered prayers.  What began with a handful of volunteers grew to dozens, then thousands in just a few years, including places to house them that came out of nowhere. “Only God.” remains their only answer.

Twenty ministries have also blossomed. A crazy-wild range of gifts began arriving from all over the United States. They include horses, buildings, roof shingles, and theater seats just to name a few.  These gifts miraculously matched needs which birthed these ministries.  The orchestration of these gifts is what will make you laugh out loud.  God is totally in the details!

Clear-cut step-by-step processes of the faith-life are also outlined in the book. We readers can benefit from witnessing the Riley’s and the townspeople’s transformations, miracle after miracle.

Lonnie said, “We would soon learn a key principle in living a life of faith is:

Not about strategy but about serving…

Not about sacrifice but about surrender…

Not about trying but about trusting.”

Another favorite lesson the folks of Lynch learned was, “Faith is not a leap into the dark, but a step into the light.” Again, the power of their stories is undeniable…

One more of many Scriptures aiding the Rileys in learning what God wanted them to do is: 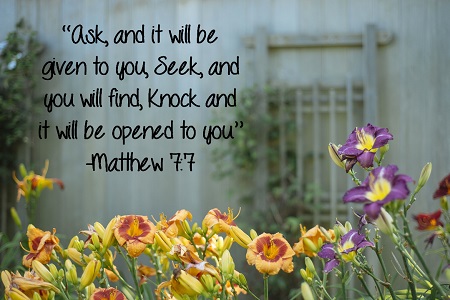 Don’t miss Chapter Seven where Lonnie and Belinda spell out this three-part process (Ask, Seek, Knock) citing example after example.   If ever there was an answer-to-multiple-prayer book, this is it.

You’ll be delighted to learn Lonnie’s working on another book. Many more answered prayers and blessings have occurred since Miracle in the Mountains first came out.

Not only is this book a huge faith boost for believers, I believe it would bless seekers or any of your friends struggling with doubt.

Please keep the people and ministries of Lynch in your prayers.

15 responses to “When Was the Last Time You Witnessed a Miracle? Want to See FIFTY-SEVEN Miracles? Pull Up a Chair…”