Fab New Novel for November! A Poppy in Remembrance by Michelle Ule

Friends! Great news! Michelle Ule’s newest book releases November 1st. You won’t want to miss the chance to pour over the delightful pages of A Poppy in Remembrance. 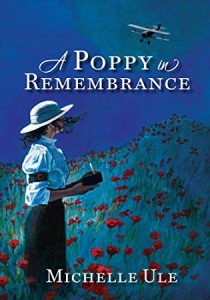 You may recall her previous book, which is non-fiction, Mrs. Oswald Chambers: The Woman behind the World’s Bestselling Devotional. It was a wonderful discovery, learning more about Oswald Chambers, his ministry, his writings, and his family and especially his wife, Biddy who was the one that compiled My Utmost for His Highest from his sermons.

All this to say I was beyond elated to learn A Poppy in Remembrance presents Biddy and Oswald Chambers, who blissfully cross paths with the novel’s main character, Claire Meacham. I felt as if celebrities appeared right in front of me when Claire got to meet Oswald and Biddy.

Set during World War I, Claire’s father, Jock, is a journalist and editor from a Boston newspaper with its syndicate in London. He totes his wife, Anne, and daughter, Claire, with him where they stay in Anne’s sister’s house.

Engaging scenarios, filled with entertaining conversation, ensue building the plot as we turn each page. Claire’s dream of being a reporter in a mostly all-male world comes to fruition a wee bit while they’re in London. Her father allows her to use her stenographer skills to help him with numerous war-related stories. Her two male co-workers each fall for her in their own way.

You’ll enjoy watching Claire juggle Jim and Nigel, as she becomes secretly engaged to one of them (not telling!). Claire struggles, wondering whether she’s doing the right thing or not. Her newfound faith makes these decisions that much tougher.

Her parents attend church, but believe faith is a personal matter, not to be discussed. Claire secretly attends Oswald and Biddy’s prayer meetings every Monday morning with Jim while in London. She’s drawn to both of the Chambers, even receiving one on one counsel from each of them.

Many lessons are evident in A Poppy of Remembrance thanks to Michelle’s strong faith and love for Bible study. Watching Biddy and Oswald’s interaction with Claire and others demonstrates how we as believers can learn how to handle seekers.

Convicted to be truthful with her parents, Claire tells them about going to the prayer meetings. Chalking it up to being quacks, Claire’s father dismisses Oswald.

Oh, but wait just a minute…As their beloved friends and relatives go off to fight in the war, an opportunity to help with the YMCA materializes in Egypt, first causing Oswald to go. Jock up and gets transferred to Cairo for a journalism opportunity. Zeitoun, nearby, is where Oswald preaches to the ANZAC solders. (Soldiers from the Australia and New Zealand Army Corps)

Will Anne and Claire follow? What about Biddy? Will they all cross paths again? Jim, one of Claire’s suitors and a mentor to her in her faith, also goes to help with the YMCA. Nigel enlists. The plot doesn’t just thicken, it quadruples…

These are some of many tidbits which will delight us readers. Michelle’s creative writing transports us right along with Claire, her family, OC, Biddy, and their little daughter, Kathleen.

How will they survive Oswald’s early death? Will cousin Peter survive the war? Who will Claire choose as her mate? Will her parents come to faith? How will they be affected once the war ends? Ah, my friend, run don’t walk to your nearest bookstore and grab A Poppy in Remembrance. (It launches November 1st to commemorate the centenary of the end of World War I.)

Huge thanks go to Michelle who delivered this engaging novel. If you’ve not read Mrs. Oswald Chambers yet, grab it too. It’s filled with more details to encourage and bless us all and don’t miss Michelle’s website where she offers numerous resources and fascinating articles you don’t want to miss. 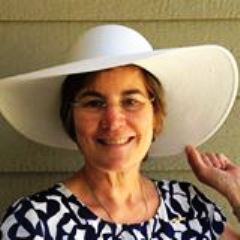 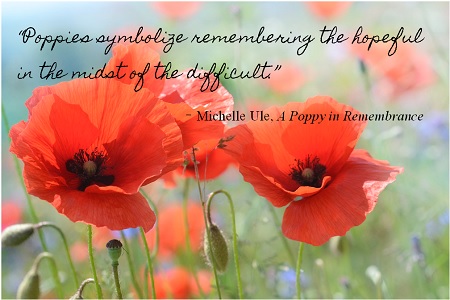 One response to “Fab New Novel for November! A Poppy in Remembrance by Michelle Ule”